Road To Mars | A Tale of Betraying and Befriending Physics 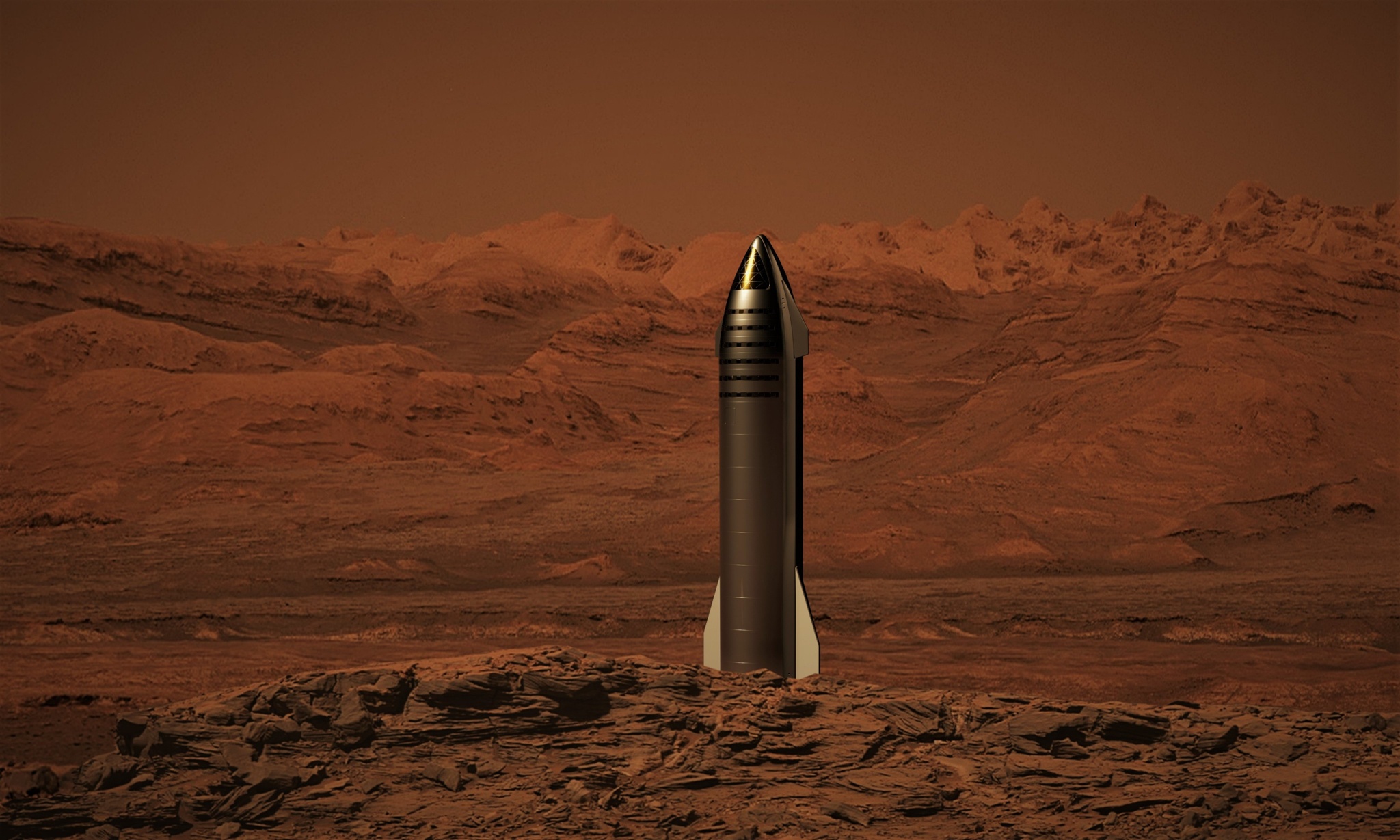 Let us embark on a journey to witness the past, present and future of Mars exploration, some unsolvable problems and their ingenious workarounds. Though I will not argue with philosophical rigour about a future that is wildly uncertain, I hope to motivate a well-informed instinct about a certain claim i.e. humans shall walk on Mars in the next decade. Understanding why this claim should be taken with a grain of salt at all requires us to acquaint ourselves with the challenges that humanity is up against in a journey to our planetary backyard.

To reach Mars, we (obviously) need to leave Earth and get to space. On Earth, to move forward, vehicles on land push against the ground, in sea against water and in air against the atmosphere. This is a manifestation of Newton’s famous law - ‘Every Action has an equal and opposite reaction’. But in vacuum of space, can one propel forward without pushing against anything? This problem was the reason why space travel was considered impossible in the scientific community until a Soviet school teacher, Konstantin Tsiolkovsky, presented an ingenious workaround. He suggested that in vacuum a body can accelerate in one direction by throwing away a part of itself in the other. Rocket engines, throw parts of the rocket bit-by-bit and the part that is thrown away is - no surprise - the fuel.

Though Tsiolkovsky’s solution made space travel possible, he left us with an important constraint in the form of THE ‘Rocket Equation’. To travel farther in space, rockets need extra fuel. Carrying additional fuel, then, increases the weight of the rocket and moving heavier rockets requires even more fuel. But the additional fuel has its own weight and so on. This is the Tyranny of the Rocket Equation. Even in our best rockets, only the top of the pointy end is the stuff that carries real scientific value (often called the ‘payload’). The rest is simply a technologically advanced fuel container.

Now, let us start moving towards Mars. One might think this is not too difficult because we can simply locate Mars and burn our engines in that direction. However, science in space does not like straight lines; we move in curves. Since the rocket is launched from Earth and Earth moves around the Sun in an ellipse, the rocket gets slingshot tangentially into space by our lovely planet. To move towards Mars in a straight line, we would need to burn one engine in the direction of Mars and another one to counteract the tangential velocity that Earth imparts on our rocket. Here is the catch, Earth moves really fast. The tangential velocity is so massive, it is impractical to counteract it with our puny engines and little fuel.

Hohmann transfer is the clever workaround we use now. Instead of continuously burning engines to move straight, Hohmann transfers utilize useful school-geometry to form an elliptical path such that we only need to burn our engines twice; first, to escape Earth’s orbit and the second time, near Mars, to match the Martian orbit.

Even though our elegant elliptic routes are the most fuel-efficient way to reach Mars, they are far from quick. A one-way trip to Mars, using the Hohmann transfer takes about 6 months and the mission must start from Earth in a specific launch window that only occurs every 2.2 years (the three Mars missions by America, China and UAE all launching in the same week last year is not just a coincidence but a physics constraint). Long duration space travel is not much of a problem for machines but evolution has fined-tuned humans towards Earthly comforts.

Fortunately, we have a great laboratory to understand space physiology - International Space Station (ISS). Some astronauts in the ISS have spent an entire year floating around weightless. Muscle atrophy is the most obvious effect of microgravity on human body, which is why astronauts must workout in space using special equipment. Even more nuanced problems are observed when it comes to visual perception, blood pressure, balance, bone density and more. There is an enormous amount of research being done in this recently developed field of science and the time spent by humans in ISS keeps yielding valuable insights. It is safe to say that we know how a year long trip to Mars (for most part) without gravity would impact our astronauts.

We assume that the Martian trip would be a round one. Carrying enough fuel to make the to-and-fro mars journey is an unprecedented feat. This is where the tyranny of the rocket equation kicks in again in because the fuel for the return trip becomes the payload of the first trip. Building a rocket capable of transporting this enormous amount of fuel presents hundreds of annoying engineering problems. A promising solution is to only carry enough fuel for a one-way trip and, once on Mars, refuel the rocket with what we can salvage. SpaceX, for their shiny new rocket named Starship, has successfully developed sophisticated engines that they call Raptors. They work on methane and oxygen, which SpaceX wishes to extract from Martian atmosphere using the electricity that they generate on Mars with their solar panels. Since Mars is further away from the sun, pioneering efficient solar energy is also one of the many research avenues that, though is part of Martian exploration, can have a direct impact on improving life on Earth.

We have looked at some theoretical and engineering problems that we know how to solve. There is one giant complication in human space travel and solution to it, I think, would be the defining call on whether or not humans make it to Mars in this decade. This is the problem of Space radiation. At all times, there is lethal radiation being showered on us from all sides. Fortunately, Earth has a magnetic field generated by its molten metal core that wraps it like a cocoon. This Magnetosphere protects the inhabitants from the lethal Space Radiation. Astronauts who have stayed in space for a year have only been in the low-Earth orbit, a region that falls under the protection of Earth’s Magnetosphere. It is notoriously difficult to shield against this radiation and having thicker walls in our spacecraft has proven to be an ineffective strategy. There are proposals to develop active radiation shielding techniques involving clever use of plasma or generating the spacecraft’s own magnetic field to mimic that of the Earth.

Space Radiation Shielding is the one problem where confidence on my claim dwindles. There are still reasons to be hopeful. We started 20th century not knowing how to fly. In the next fifty years though, we sent a man to space and in another decade, to the moon. The hundreds of other difficult problems that stood in our way to Mars are nearing completion and this has got the ball rolling in several research departments to revisit the radiation problem as one that would have immediate real-world impacts. Plans to go to the moon in the near future (see NASA’s Artemis Project) for longer missions would help us understand the effects of Space Radiation on human physiology and better equip ourselves for the longer journey to Mars.

To millions like me, it remains an incredible source of optimism to know that the first human who would walk on Mars is, arguably, studying in some school right now; a hopeful reminder of the fascinating days that we will witness in our lifetime and a humbling inspiration for the work that is yet to be done, in space and on Earth.